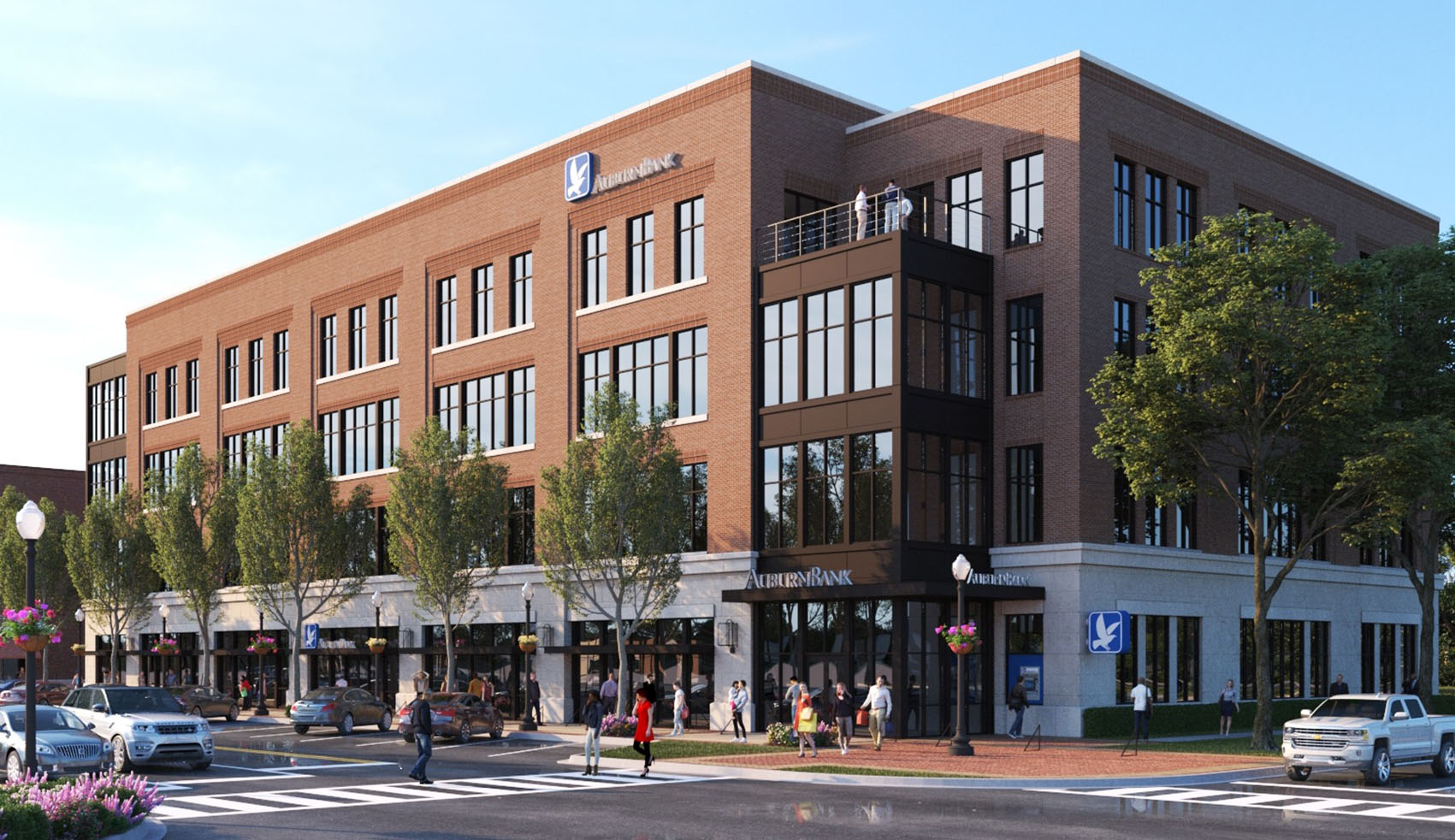 Taylor & Mathis has been engaged by AuburnBank as development manager for the mixed-use redevelopment of the bank’s property in the heart of downtown Auburn, AL.  The five-acre site, located at the corner of North Gay Street and East Magnolia Avenue (only one-block from Toomer’s Corner and Auburn University)  is currently improved with two older, two-story buildings totaling approximately 40,000 SF that house the bank’s headquarters offices, operations center and downtown branch bank.

Phase I of the mixed-use redevelopment plan, which has been approved by the city of Auburn, encompasses a new four-story, 90,000 SF office building which will consolidate the bank’s facilities, along with a five-level, 525-space parking deck.  The bank will occupy about 50% of the space in the new building.  The balance of space in the building – which is the first Class-A office building in Auburn – will be leased to office tenants on a multi-tenant basis and will also contain some retail space fronting North Gay Street.

Phase II of the project is currently planned for a second building facing North Gay Street which will offer 8,600 SF of street-level retail space with two levels of residential condominiums above.  The parking deck is designed to support the Phase II development as well as the possible future development of a remaining 1.7-acre outparcel site fronting East Magnolia Avenue.

Construction on Phase I is set to commence in August, with AuburnBank occupying the new building in 4Q 2021.